This session has been full of many exciting experiences for our pupils.  The school staff would like to take this opportunity to wish all pupils, parents, carers and partners a lovely summer break.

We had a whole school trip to the cinema to see Toy Story 4 on 3rd July, which was a great end of term treat.  Thank you to Cineworld at the beach for adjusting the lighting to suit our pupils and to A&I taxis for their continued support and for providing transport for us to and from the cinema.

All the pupils and staff enjoyed a special treat in the afternoon of 26th June, when an ice cream van visited the school.  The sun was shining and pupils used speech, signing and PECS to request their ice creams.  It was a lovely treat and the pupils enjoyed seeing the van in the school grounds and hearing the music playing. 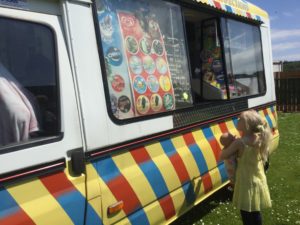 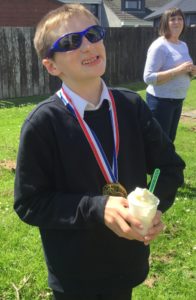 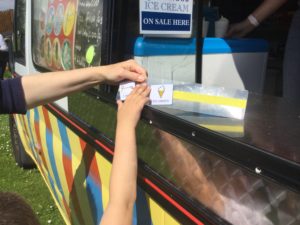 On 26th June we had our annual leaver’s assembly and OSCAR ceremony.  The format was slightly different this year with every pupil being awarded a medal in recognition of an achievement they have made this session.  We also awarded two special awards – The Jim Glennie award for Kindness went to Chloe and the Iain Stuart award went to Emilie.  During this celebration we also said goodbye to our S6 leaver Christopher.

The senior pupils (S4-6) had a super time on their activity week.  More information and photos on this can be found on the Orange room’s page.

We had a great day for Sports Day.  The sun shone which meant all the outdoor activities, orienteering, bikes and the parachute, could go ahead as planned.  Indoors pupils had the opportunity to do curling, boccia and complete potted sports, including a soft play obstacle course and bowling.  We had a great turn out from parents and carers and snacks were kindly donated to the school by Tesco in Newtonhill.

This term there have been different animal activities happening in the school.  The pupils in the Red room grew butterflies from caterpillars, which they released in the playground.  The pupils had great fun when donkeys came to the school.  They were able to ride in the donkey’s carriage and meet a baby donkey.  The was also much excitement when Wooly the lamb came to visit the school. 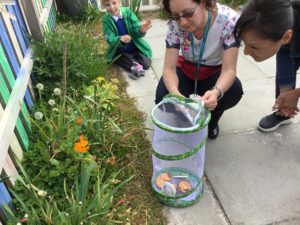 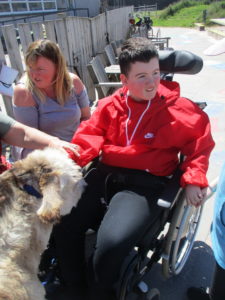 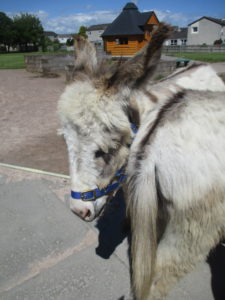 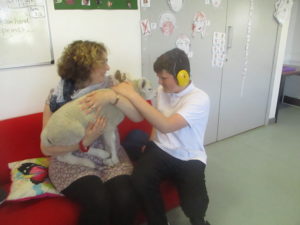 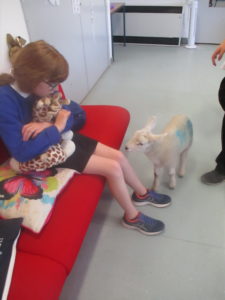 A group of pupils from the Blue and Orange rooms took part in a concert at Haddo House with Drake music.  Our music teacher Abi helped the pupils to write their own piece of music on the theme of an ostrich.  The pupils had a fantastic experience and were a credit to the school. 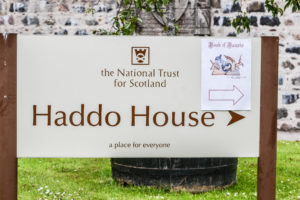 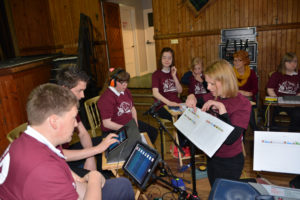 The pupils in the Yellow room have been learning about People Who Help Us.  Mr Boyd arranged for members of the emergency services to visit the school.  All the pupils in the school had the opportunity to see the police car and fire engine and the visits were very successful. 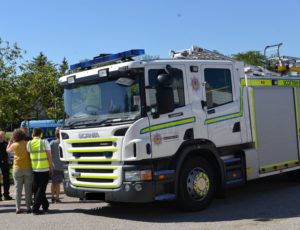 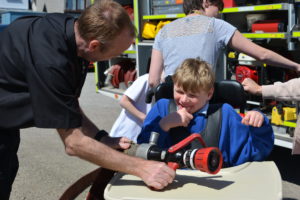 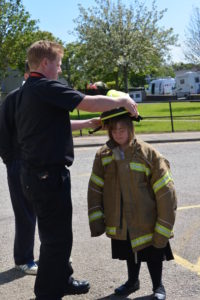 The pupils in the Orange room have been taking part in various DYW (Developing the Young Workforce) activities.  Part of this has involved them carrying out vehicle checks on the school minibuses and helping to keep them clean and tidy.  Please see our DYW page for further information.

The Friends of Carronhill once again took part in the Marykirk Raft Race.  Great fun was had by all involved.  The added bonus this year was the fact that the raft stayed afloat!

The Carronhill staff and pupils put in a superb effort for World Book Day 2019! Pupils enjoyed sharing their favourite books in class and everyone took part in a parade to show off the great costumes. The teachers took their annual selfie after their morning meeting. 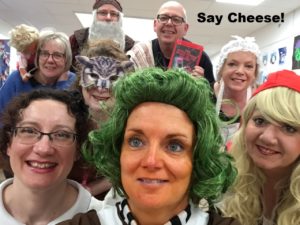 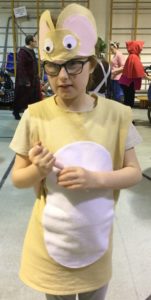 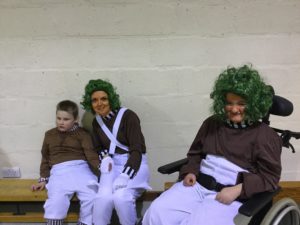 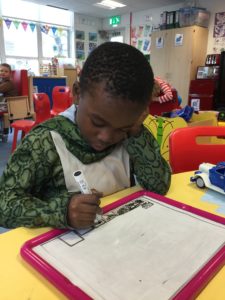 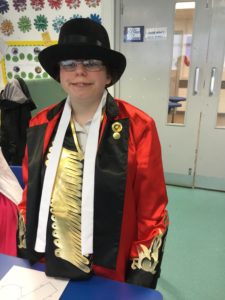 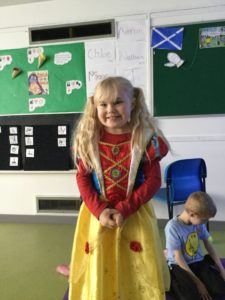 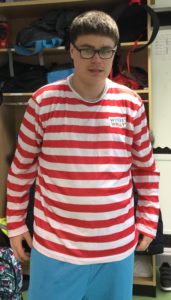 We had our annual ceilidh on 25th January to celebrate Burns’ Day. It was a very enjoyable afternoon with music, dancing and Scottish snacks. The pupils worked hard to learn Scottish dances, which they took part in with live musical accompaniment and we were entertained by Scottish dancers. It was a lovely celebration. 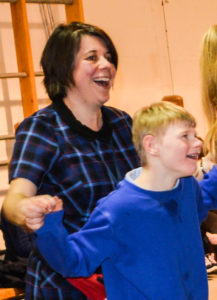 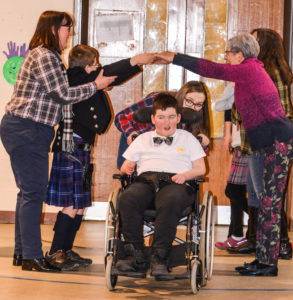 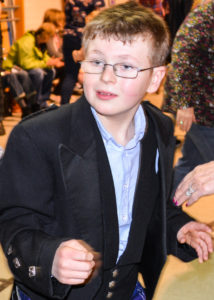 The Carronhill Playground Fund shared some fantastic news in January. Through an incredible amount of fundraising, the playground fund reached its target in January 2019. Plans are now being made for using this money to transform the playground for the benefit of our pupils. Thank you to Caroline McCrombie and all who have supported this initiative.

A&I Taxis continued their very generous support of the school. In addition to paying for the pupils’ Christmas presents at their party, A&I also paid for the our end of term whole school trip to the cinema to see the Grinch. We are very grateful for their ongoing support.

We had a wonderful Christmas concert, which coincided with our Christmas jumper day and Christmas lunch. All the pupils were involved in preparing and presenting songs for the show and there was lovely artwork from each class too. This event was very well attended by family and friends of the school, and also by members of the local community. 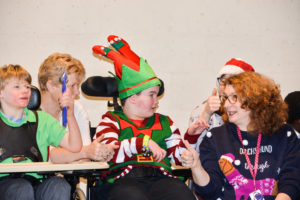 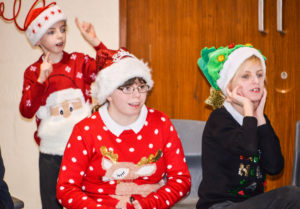 Throughout December, the Malcom’s Way Christmas Lights were raising money for the Carronhill Playground Fund. Thank you to Patricia Bruce and all those involved. The pupils loved going to see the lights when out on trips in the community.

The Friends of Carronhill once again organised and ran the Christmas Fayre in November. The support from families, friends and members of the local community was incredible. Everyone had a super time and over £2000 was raised for the benefit of the pupils at the school. A huge thank you to everyone who volunteered, donated, attended and supported the fayre. 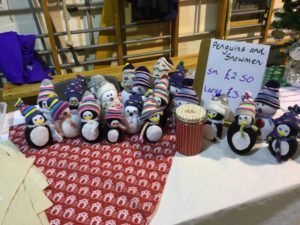 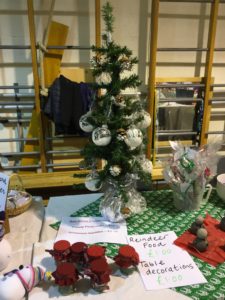 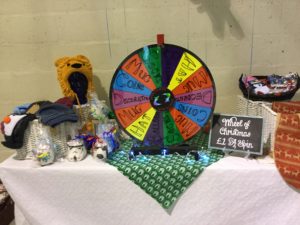 Over the October holidays the sensory room was renovated, using money raised by the Friends of Carronhill and it looks fantastic! We had the official handover from the company who installed it in November and staff have been trained in using the new equipment. The sensory room had its official opening after the Christmas concert in December.

We have been continuing to develop our links with the local community. Each class had a fantastic visit to “What’s for Tea Tonight” farm in October, where they got to pick pumpkins for their class and had the opportunity to see and go on different pieces of farm equipment. They then had great fun back at school, carving their pumpkins for Hallowe’en.

Everyone had lots of fun at the Hallowe’en disco, which was kindly organised by the Parent Council. 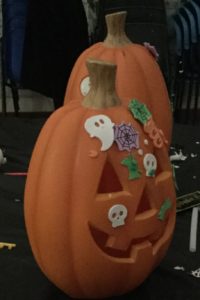 We had a fantastic turnout for the Macmillan Coffee Afternoon, which was planned, prepared for and hosted by our senior pupils. The grand total raised was £251.86 and the pupils enjoyed a trip into Aberdeen to visit a bank and pay in the money. 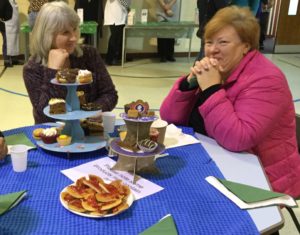